The SV Group own and operate nineteen hotels in Switzerland and Germany. With their latest Stay KooooK brand , they have developed a new ‘temporary home’ concept to add to their own hotels such as La Pergola in Bern and the Amaris in Olten.

But they also operate well-known Marriott hotel brands in top locations in hip cities in Germany and Switzerland: Courtyard, Renaissance, Residence Inn and Moxy. They cater to business travelers who stay in a hotel for one night or for a few weeks or private travelers who explore a foreign city or attend an event. These days, flexibility is key. 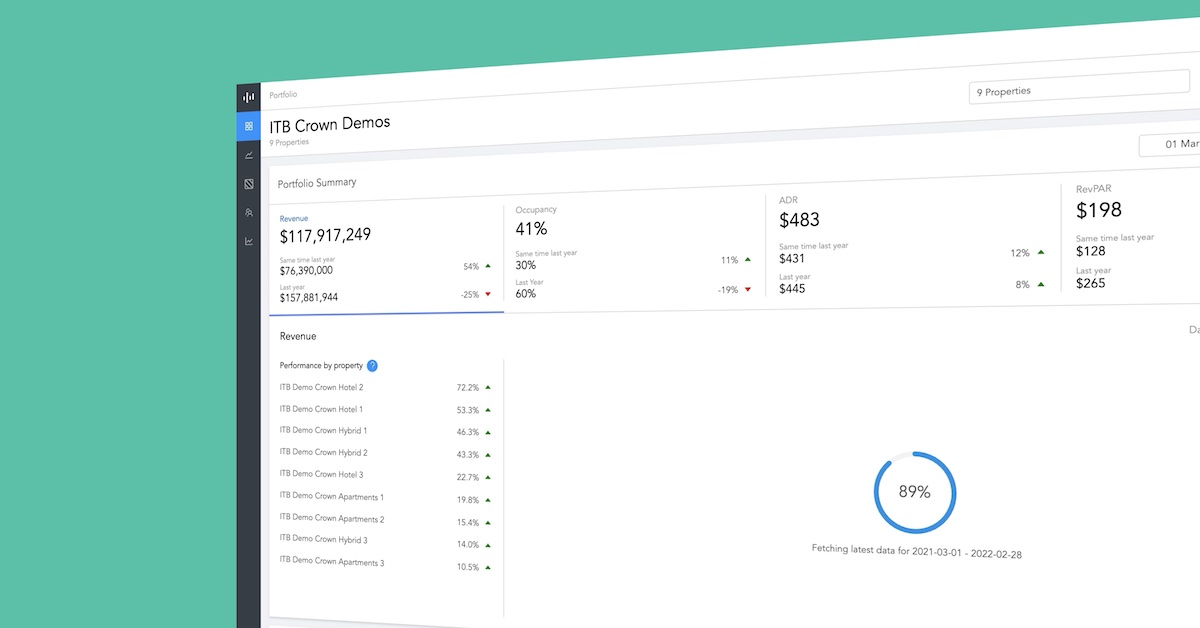 With an eye on the future, they are looking to create communities in their properties with the help of automation but without the robots. With their latest hotel, there are no real receptionists and they are getting rid of many of the hold processes. Staff have taken up more of a host role while they have built functionality into smaller spaces and allowing for more flexibility for extended stays.

We spoke to Michael Breiter and Nicolas Signorell about how SV Group are transforming their business with technology.

“Beforehand we were doing much of our revenue management manually. The big question when we started looking for an RMS was whether we believed in the algorithms and the science behind the product. What I liked about Pace was their argument about using primary and not secondary data.

“We managed to set up our third property on Pace in a day! The system is so intuitive it just makes configuring everything so easy."

I’ve previously tried to develop pricing tools in house and developed an algorithm for pricing using data science. From that experience, it was clear that primary data was the way forward and, besides, secondary data is difficult to measure anyway. Pace has the same philosophy.

In the end, we wanted forecast experts not hospitality experts. Pace’s early origin stories of hiring meteorologists really impressed me! We also wanted a partner that had a philosophy closer to us - in the broader sense - and the big old fashioned RM vendors are just not that forward thinking.

A further conviction argument for choosing Pace was the ability to handle a complex inventory mix. The competitors looked back blankly with no answers when we asked if we could have different pricing for stays and room types. With Pace, we found a solution. From rooms to studios to all sorts of inventory, Pace was flexible and everything was possible.”

“Our test hotel was the Amaris and since then the onboarding has been super fast. We even managed to set up our third property on Pace in a day! The system is so intuitive it just makes configuring everything so easy.

We have several new builds so the Pace approach to data and not requiring historical data (demand is future looking after all!) to get up and running has made everything even faster.

“Even though the pandemic disrupted things - in our test hotel we could really see a significant increase in ADR vs a normal year. Despite a difficult period, Pace’s system showed us not to drop our rates to zero and start a race to the bottom. And Pace was right!

In one of our newer properties, Stay KoooK in Bern, we’ve seen some steep ADR increases in the last few months. And we’ve had the highest occupancy numbers compared to all our competition.


Having all the properties on one overview really improved our attitude towards pricing compared to before. The rate acceptance from the team is much higher! And in terms of user friendliness and understanding of the system, Pace is the best on the market.

We’ve also seen some massive efficiency savings. We now have multiple properties managed by one person and it means we can all focus on strategy and distribution instead of pricing changes. Eighteen months ago we were running ten hotels and now we’ve grown to nineteen but not needed to hire anyone extra in our RM team.

“We’ve seen some massive efficiency savings…eighteen months ago we were running ten hotels and now we’ve grown to nineteen but not needed to hire anyone extra in our team thanks to Pace."

Pace is also helping us to spot operational mistakes that we didn’t catch before. For example, we used to attribute rooms as fast we could and also give free upgrades as much as possible. Now Pace has shown us that we don’t need to as the demand is there. We’ve seen far more stable pricing in our properties since.”